If you requested a mail in ballot, you have two choices:

There’s Only One Choice on Election Day

I am writing in response to Victoria Swayne’s letter (“Presidential Integrity,” Page A8, Sept. 19).

There is only one choice for President of the United States, and that is Donald J. Trump.

God is the only giver and taker of life. Donald J. Trump is the only president to come out and support life. Our country was founded upon life, liberty and the pursuit of happiness. In order to have liberty and happiness, you must first have life. Biden and Harris support a pro-choice platform.

I suspect that Ms. Swayne is not a business owner or from a middle-class family. The U.S. economy has thrived under the leadership of Donald J. Trump. Our unemployment rate was very low prior to the pandemic. Interest rates are also low, allowing businesses to hire more employees. Jobs that were sent overseas while Biden was in office have been brought back to America. Because of this, middle class families are taxed less.

President Trump supports the U.S. farmers and ranchers. Americans need to be assured where their food comes from and not reliant on other countries.

Farmers provide safe food, clothes, shelter and energy, not only for our country, but globally. One in 10 jobs in Pennsylvania is due to agriculture.

President Donald J. Trump supports our farmers and our food supply. God created animals and plants as a means of fuel for our bodies. Mr. Biden supports the green deal, which supports lab-grown meat. Lab-grown meat is derived using stem cells, which, as I understand, are combined with a serum that comes from the fetuses of dead cows. These cells are fed sugar and salts that trick the cells into thinking they are still an animal. Over time, the muscle stem cells begin transforming as they strengthen, expand and mature into muscle fibers. Eventually, when enough of these fibers combine, you have a piece of meat. Fat tissue may then be added to give the meat a flavor more consistent with traditional meat, and then it’s “dinner.”

Sound tasty? I think not.

Should Biden or Harris become president, can you imagine what they would do to our food supply?

The green deal wants to do away with greenhouse emissions by, I believe, ridding our planet of animals. God has a plan for everything, and animals were put here for a reason.

The 2018 Farm Bill provides support and stability for our farmers, expands crop insurance, doubles how much farmers can borrow and helps open new markets for our farmers. Trump authorized the year-round sale of E15 gasoline, which provided a boost to America’s corn-growing communities.

President Trump signed the United States-Mexico-Canada Agreement into law. USMCA gives us a receptacle for milk. Prior, it was one-sided, and not toward the U.S. It was more like foreign aid than foreign trade. This will increase America’s agricultural exports by billions of dollars. USMCA eliminates Canada’s discriminatory programs that allow low-priced dairy products to undersell our nation’s dairy producers.

Also, in a deal with the European Union, American soybean exports will be increased.

We need a president who cares about Americans and our food supply while not being reliant on other countries with lower standards.

President Trump has kept his promise to make American great again. We need to re-elect him to keep America great. On Nov. 3, vote Donald J. Trump for president.

If you wish to vote the entire year (primary, general, and any special elections which may happen) simply mark the box and you won’t need to drive to the polling place in 2020.  Ballots will automatically be mailed to you. 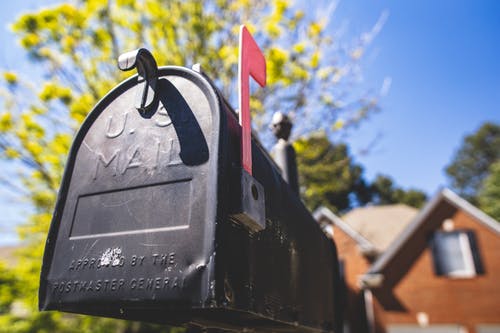